I finally came up with an idea for a map that I can make with Felt, a really neat and intuitive map-making site that I came across a little while ago.

This map is inspired by a Twitter thread, which itself is a response to an arrest of Jazz Ajilo, a musician who frequently plays at the 34th Street Herald Square subway station here in New York.

Some other resources I used:

I also uploaded a list of performers and location data for each subway station, if you’d like to make your own version.

I really like how easy it was to create this map. It only took me a few minutes of playing around with the interface and doing a bit of searching online for a list of notable buskers. I’ll be definitely using Felt again in the future.

And as for the list, if I’m missing any notable performers, let me know via email or Twitter and I’ll be happy to add them. 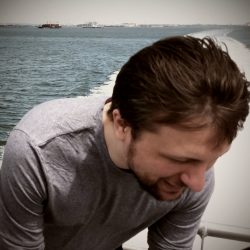 My submission to the Music Weeklies Challenge: Monster Mash.

My submission to the Music Weeklies Challenge: Ominous.

My submission to the Music Weeklies Challenge: Spaceship.